For millennia, people have tried to find the best ways to get rid of psoriasis. There are powerful drugs on the market today that have proven to be effective. But light therapy, which has been around for over 100 years, is an equally effective treatment that is considered non-invasive and non-addictive, unlike biological drugs.

In this article, we look at the treatment of palmoplantar psoriasis with light therapy. Based on clinical research and evidence, we will tell you how effective phototherapy is, what type of phototherapy is right for you, as well as precautions and side effects.

What is palmoplantar psoriasis?

Psoriasis is one of the most unpredictable and persistent skin diseases. This disease provokes chronic inflammation, as a result of which 25 times more cells are formed on the surface of the skin than normal. These cells have impaired differentiation mechanisms: they grow too quickly and die. They form the so-called psoriatic plaques.

Palmoplantar psoriasis is a form of psoriasis that affects the hands and feet, causing itching, pain, and flaking of the palms and soles.

Palmoplantar psoriasis accounts for 12% to 16% of all psoriasis cases, which affects 2% to 5% of the population [1].

It is believed that the tendency to psoriasis is inherited. However, the exact cause of the lesions on the palms and feet is unknown. The disease can be caused by skin damage, infection, or another skin condition such as dermatitis [1].

Also, the occurrence of psoriatic manifestations can be affected by psycho-emotional stress and the intake of certain medications (for example, drugs for high blood pressure, mental illness). It is known that psoriasis is associated with obesity and metabolic syndrome [2] and is also more common among smokers and people with excessive alcohol consumption [3].

Many psoriasis patients have other comorbid conditions, such as kidney failure, liver disease, malignant neoplasms, or heart failure, which predispose them to drug side effects. Therefore, light therapy is increasingly indicated as a first-line treatment, as it does not contradict biological drugs and has few side effects.

How does light therapy work for palmoplantar psoriasis?

💡
In most cases, psoriasis is considered a “winter” disease, that is, it begins to exacerbate when there is a lack of light. As a result, patients with psoriasis are often prescribed phototherapy as a treatment.

Phototherapy is a treatment using hardware techniques for irradiating the skin with ultraviolet waves of various wavelengths in combination (PUVA therapy) or without special preparations.

Ultraviolet light is anti-inflammatory and suppresses excessive immune responses. In turn, this suppression “reduces the inflammatory cascade” and can help restore the skin to a normal state. The effect of various therapies directly depends on the depth of penetration of the rays into the layers of the skin.

Phototherapy is usually used when skin lesions are widespread and/or topical treatments have proven ineffective or impractical.

Your body is exposed to ultraviolet light from beams of light tubes that emit either UVA or UVB light in the phototherapy booth. Booths come in several designs. Some look like telephone booths and you can stand in them. Others look like solarium and you can lie down during the procedure. The booth will record the total amount of light you were exposed to.

Palmoplantar psoriasis also uses devices that emit ultraviolet light to target specific areas only. To avoid unwanted side effects, during the session, the patient wears special glasses that block ultraviolet light, or a blindfold to protect them from harmful UV rays.

Typically, patients have three to five light therapy sessions per week for 2-3 months. Usually, improvement is seen in 2–4 weeks, depending on the type of light therapy.

Each person’s skin reacts differently to phototherapy, both in how much the symptoms of psoriasis improve and how long the effect lasts. The average remission time is 3–12 months.

Treatments can be done in a health care provider’s office or psoriasis clinic or at home with a phototherapy unit. The key to success with light therapy is consistency.

Several types of light therapy are used to treat palmoplantar psoriasis. Each of them differs in the length of light that penetrates various layers of the skin and is used for treatment at different stages.

It is the most widely used type of light therapy for psoriasis. It aims to allow UV-B light to penetrate the cells and suppress the excessive inflammatory skin response that leads to psoriatic plaques.

UVB treatments are offered in different ways. This may include small devices for localized areas such as arms and legs, whole-body devices, or handheld devices. Some UVB installations use traditional UV lamps or lamps; others use LED bulbs.

But it is worth paying attention to the fact that this type of ray penetrates only into the upper layer of the epidermis, while UVA rays reach the dermis. As a result, UVB therapy is considered a phototherapy option for patients with mild to moderate psoriasis. With severe psoriasis, many more therapy sessions may be needed, and remission is 2 times less than with PUVA (4 months vs 8 months).

More info about scientific evidence, researches regarding PUVA therapy in our article.

Also known as photochemotherapy, it combines the use of psoralen (a drug that makes the skin more sensitive to light) and exposing the skin to a source of high-intensity, long-wavelength ultraviolet (UV) light.

It is important to note that without psoralens, UVA therapy will not be as effective, therefore, this treatment should be taken in combination (the drug is taken one hour before skin irradiation). Because of this, some patients note the inconvenience of use when comparing with UVB therapy.

Coming out of a large number of studies, it has been proven that PUVA therapy is used in chronic psoriasis and severe cases when NB-UVB is ineffective or there is a rapid relapse.Compared to NB-UVB, PUVA achieves clearance in more patients with fewer treatments and results in longer remissions. But it should be borne in mind that long-term use of PUVA therapy can cause non-melanoma skin cancer.

How effective is light therapy for palmoplantar psoriasis? Based on scientific research

Light therapy can compete with systemic biologics and be effective in cleansing the skin for patients. Below are some studies that prove the effectiveness of this type of treatment.

A study [4] was involving a patient being treated for pustular palmoplantar psoriasis. The treatment was carried out with narrow-band UVB radiation (308 nm) only on the affected areas. As a result, after 6 weeks (10 procedures), the patient’s condition improved significantly, showing a clear decrease in inflammation, erythema, and desquamation.

The result of the treatment is presented below.

The next study [5], which involved 48 patients (33 women and 15 men), is looking at the efficacy of PUVA therapy for moderate to severe palmoplantar psoriasis. As a result, more than 63% of patients had a positive response. Side effects were minimal — mild erythema (redness of the skin) was present in 18% of cases.

The following study [6] compares PUVA and UVB (308 nm) treatments. Ten patients with psoriasis of the palms and soles were randomly assigned to two groups: the first received PUVA treatment and the second received 308nm UVB. The treatment lasted 5 weeks. At the end of the treatment period, both test groups showed a noticeable decrease in the PASIPsoriasis Area Severity Index indicator (308 nm UVB – 63.57%; PUVA – 64.64%). No side effects were observed, except mild irritation in a few patients.

Thus, UVB light showed almost identical results as PUVA. It can be concluded that, unlike PUVA, UVB light therapy is not associated with prior drug administration. This can lead to a decrease in the incidence of adverse reactions and better adherence to treatment.

Another study [7] also looked at the efficacy of topical narrow-band ultraviolet B (NB-UVB) phototherapy and compared it with PUVA in patients with palmoplantar psoriasis refractory to conventional treatments other than phototherapy. 25 patients were treated with UVB light on one side and PUVA on the other side for 9 weeks. The difference in clinical response between the two treatments was significant — PUVA was 85,45% effective compared to 61,08% for NB-UVB treated.

The results indicate that although some clinical improvement was achieved with topical NB-UVB phototherapy, results were better with topical PUVA.

💡
PUVA is a suitable alternative for the treatment of moderate to severe palmoplantar psoriasis; it offers better rates of response to systemic treatment and has a better tolerance. Narrowband UVB therapy is recommended for milder psoriasis and allergies to photosensitive drugs (psoralen).

Side effects of light therapy

Healthcare professionals consider a person’s sensitivity to UV radiation when planning a course of phototherapy. Despite this precaution, people can still experience side effects.

Possible side effects of light therapy include:

Read more about light therapy pros and cons in our article.

Psoriasis is a common autoimmune disease in which skin cells multiply too quickly. Light therapy has proven to be the most effective way to treat psoriasis, including palmoplantar. The main reason for the ineffectiveness of topical remedies is the thick stratum corneum on the soles and palms, which acts as a barrier to the penetration of drugs. While UVA and UVB rays penetrate the epidermis, as well as into the deeper layer of the skin — the dermis, helping to restore the skin.

Depending on the degree of the disease, different types of phototherapy are used, which directly depend on the depth of penetration of the rays into the layers of the skin. The first treatment option is to use UVB radiation therapy, while PUVA therapy is used in severe cases, as well as when narrow-band therapy has proved to be ineffective.

Also, since psoriasis is a chronic disease, it is very important to strictly follow the treatment regimen and scheme. Besides, cessation of alcohol and smoking, regular exercise, and stress management are recommended for patients with psoriasis.

🤔 Can palmoplantar psoriasis be cured?

Palmoplantar psoriasis, like other types of this disease, is long-term. There is no cure for complete recovery, but systematic treatment can help control symptoms.

The most common type of palmoplantar psoriasis is called pustular psoriasis. It presents as whitish-yellow blisters or pustules. These appearances are not contagious but can be painful.

💡 Which light therapy is best for palmoplantar psoriasis?

The types of light therapy that are commonly used to treat psoriasis are known as narrow-band UVB phototherapy and PUVA therapy. For mild to moderate psoriasis symptoms, UVB therapy is considered the first option. PUVA therapy is used for chronic psoriasis and severe cases when NB-UVB is ineffective or there is a rapid relapse.

📆 How long does it take for light therapy to work on psoriasis?

Everyone’s skin reacts differently to phototherapy. Therefore, it is worth taking into account individual tolerance, as well as the degree of damage to the disease. In most cases, noticeable improvement occurs within 4 weeks of treatment. 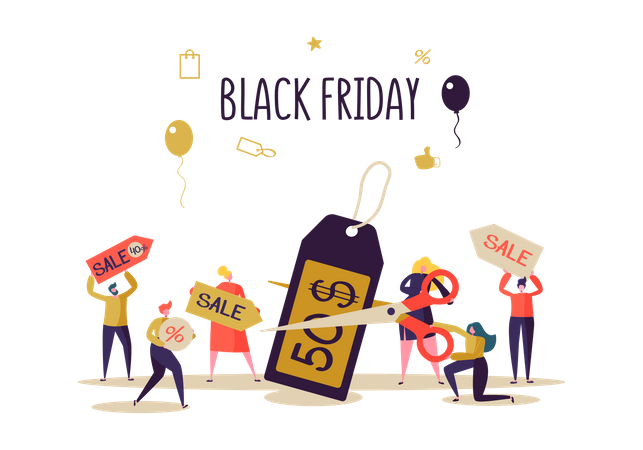 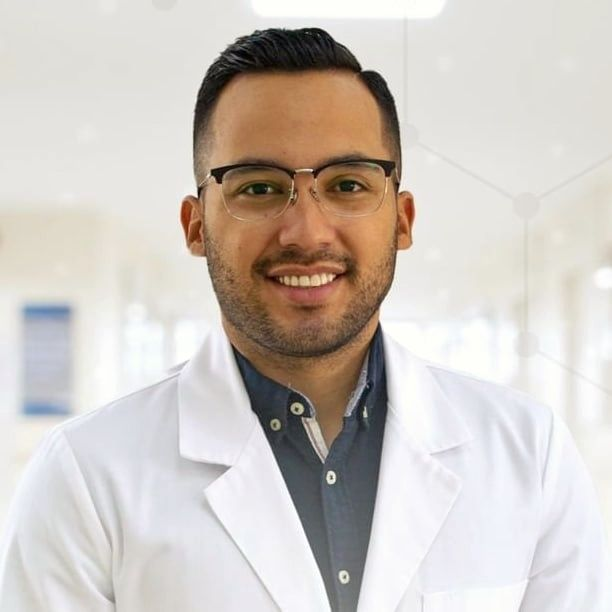 Tanning Bed Rash: 4 Main Causes & 4 Ways to Get Rid of It

The Truth About Laser Therapy for Hair Loss: User Reviews

Get in Touch
Heliotherapy Research Institute